I am privileged to have been a Celebrant for the last 14 years.

I used to sing at weddings, and was working with a lovely young girl, I remember going to work one Monday and suggested that I might be a ‘bit long in the tooth’ to be singing at weddings, so perhaps I should become a Celebrant.

I don’t even know where the idea came from – it just popped out of my mouth! Amanda said to me, what a great idea, I would love you to marry me.

A shove in the right direction

I assured her, with not much conviction that of course I would love to marry her – never thinking it may eventuate, but sometime later she and a young man that worked for the same company got engaged, so of course they pestered me to do something about becoming a Celebrant.

How lucky was I that they convinced me to do it, as I have just loved every moment of it. Amanda Wignell is a very well recognised photographer and we often share weddings together.

How it all began

Starting off was an interesting experiencing in itself. Firstly I wrote a letter to the Department of Internal Affairs asking what I needed to do. Their response was very limited. So I then visited a local Celebrant and asked her what the criteria was. She told me that if I had a couple who wished to have me as their Celebrant, then I should apply for a Licence to do just that. At this stage I actually had two couples who wanted me to marry them, so I applied for a licence.

Two letters then arrived in my mail box, one from Wellington and one from Auckland, and neither of them had any further advice on what I should do!

I did know that you had to be community minded and I had spent some time on the first fund-raising committee for North Shore Hospice. As a Mum, I had done my bit with schools and scouts and I had also been involved in working for CHOGM, so I had been through a security check.

I phoned the local Registrar thanking her for her letter, but also said I was really in the dark as to what I had to do next. She advised that I would need to have an interview, so I made an appointment and off I went.

Half way through the interview, she said ‘Of course Carolyn we are not appointing any more Celebrants as we have too many.” “Well, am I wasting your time as well as mine?” “Oh no” she replied, but I walked out of the interview, thinking it was the most bizarre thing I had ever been involved in and certainly not convinced at all that I would become a Celebrant. However, within a week I received a letter, confirming my appointment as a Marriage Celebrant!!!

I was privileged to have married Rina Markovina’s daughter Antonia, who married a lovely Scotsman. Their wedding was very special, as it was held on New Year’s Eve and with so many guests coming from overseas it was such an amazing experience, one that I will always hold dear. My husband and I were also invited to the wedding. 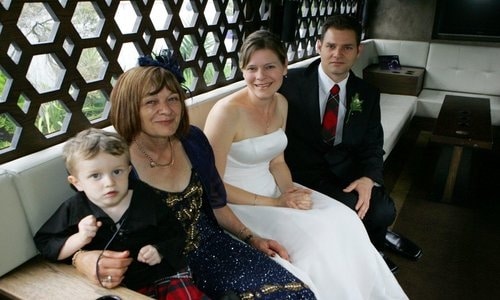 Another very memorable and lovely wedding at Markovina was a very emotional experience, as the Bridegroom sang his lovely bride down the aisle! Then when the bridesmaid was asked to do a reading, she stepped out and her Father picked up his guitar and the bridesmaid sang an amazing account of her childhood friendship with the bride. There was not a dry eye in the place! 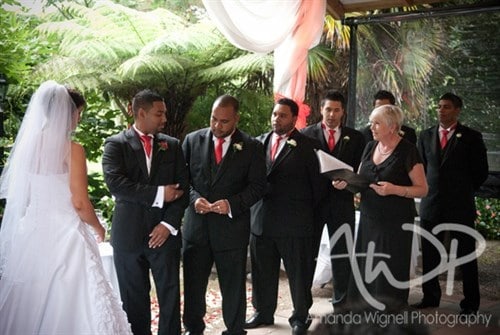 My other special wedding experience was this wonderful couple, Pam who is 81 and Len who is 79, she told me she was marrying her toy boy! That was just fabulous. It took all the strength I could muster not to cry during the ceremony. 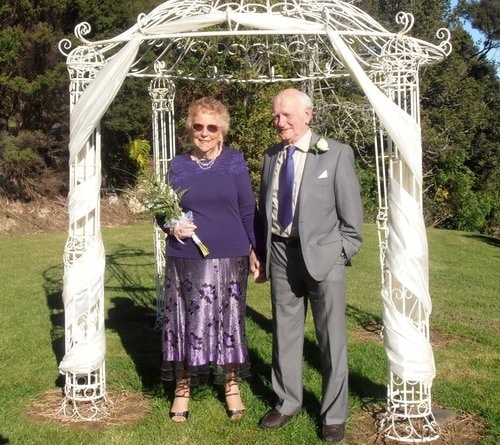 Getting to know each other

I normally meet all new couples in their home as that way they are relaxed and I get more of a feel of what they are like.

Not many couples know what they want with a ceremony and sometimes we are the last people to be contacted after the venue, photographer, wedding dress, and then – oops we need someone to marry us! I give them a folder with an application for their marriage licence, some vows, and also some readings, which they may or may not use.

I write a ceremony to suit and email it to them. They can add and remove whatever parts they want, but mostly they are usually happy with what I have written for them. Some couples write their own vows and keep them secret until the day, or others may use one of the options that I have given them.

I am happy to visit them again, to finalise their ceremony and always like to have a rehearsal at the venue, so that we all know what we are doing on the day. After that everyone feels more confident.

I have met so many wonderful couples, many of whom still keep in contact with me and tell me about the arrival of their new baby and other such milestones.

With such strong and lasting connections with so many people, its easy to see and feel why I love being a Marriage Celebrant and why my trust in my random idea to become one has paid off so well.

Carolyn Harkness is a full time celebrant and conducts ceremonies in all Auckland areas, Auckland North Shore, Hibiscus Coast, Waiheke Island. Carolyn offers a professional, creative and friendly service and loves to work with couuples to create a special day that is full of fun, romance and especially stress free. Catering for al budgets, small or large weddings, casual or formal Carolyn would love to hear from you. 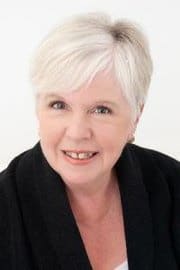