The night started out like any other with our fair maiden of the “county of Henderson” awaiting her transportation to the party. Adorned with ribbons and a flowing gown befitting a virginal beauty, our maiden looked every part the wide eyed and amazed 15th century import, transported into 21st century Auckland when her Double Decker chariot of ‘party fun’ arrived to carry her off on what was to be, a historic evening of festivities. 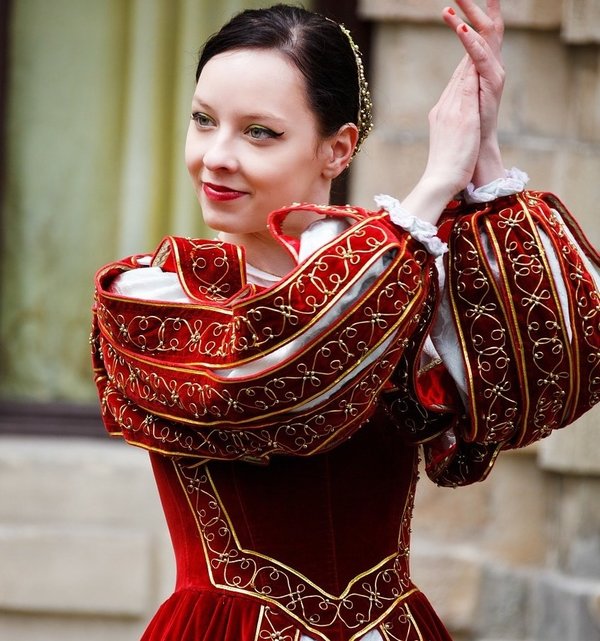 Equipped with every modern party convenience we 21st century residents could think of, like a pumping sound system and party lighting, our fair maiden was joined by her 15th century counterparts and an eclectic mix of part kings and queens, Shrek, a noble knight or two and various other towns people. All of whom had no doubt what 15th century fun was about to be had with a 21st century spin, the night ahead was destined to bring!

Music pumping and party mood in full force the chariot arrived at what was to be a medieval night of pure fun and frivolity.

And thus, the party really begins

On arrival they were greeted by the keepers of the inn “Markovina staff” with a complimentary drink of bubbling ale. Just as our guests began to relax, from out of nowhere erupted a sword fight, one might speculate it to be a death match to settle centuries held grievances and family politics, however it turned out to be a simple showcase of skill between two of our actors, setting the tone for the evenings events. 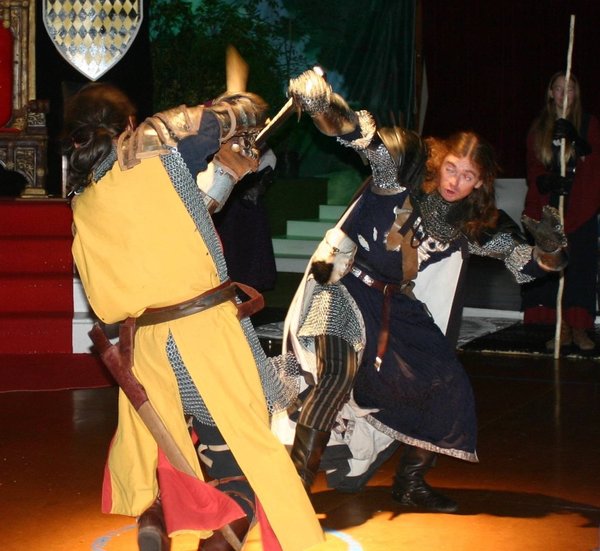 After the initial introductions from our main host “Sir talks-a-lot” the guests were seated and served a hearty medieval soup. A few sword fights and medieval dances later it was time for a delicious buffet dinner with all the trimmings.

I nominate thee as king

All throughout the evening our fair maiden ate, drank and enjoyed the festivities of the night. To her surprise, a pageant had been arranged to find a fair maiden for our King (who had been chosen during dinner) to sit with him on the throne and rule over their loyal subjects. 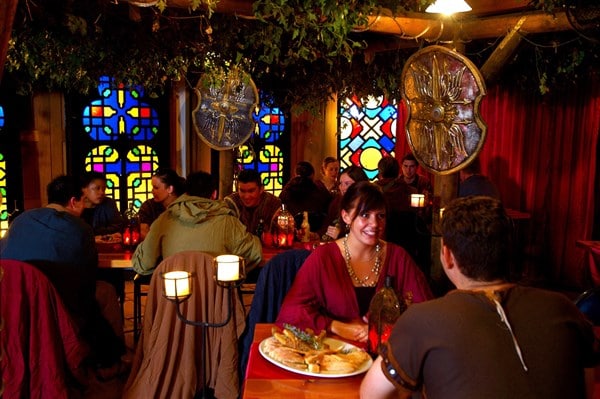 Our fair maiden’s time in the spotlight had arrived. With ribbons tweaked and hair confidently pulled into place she stole the show with her charm, beauty and determination to rule. And by all accounts they, to this day continue to live happily ever after.

It was then time for the medieval dance lessons – led by our group of actors, our guests learned some basic steps to what looked like a medieval version of line dancing, before letting loose on the dance floor for the remainder of the evening to the modern, body shaking tunes of the 21st century in-house DJ.

What a great night was had by all and just ask our fair maiden (who arrived alone and left a queen) this simple question – who’s not going to love a medieval theme?

It’s dinner, drinks and entertainment all rolled into one. And we’re not talking any old medieval set-up, we do things to our medieval best around here, so were talking actors, dancing, sword fights, costumes and audience participation, all the makings of a historic night out. 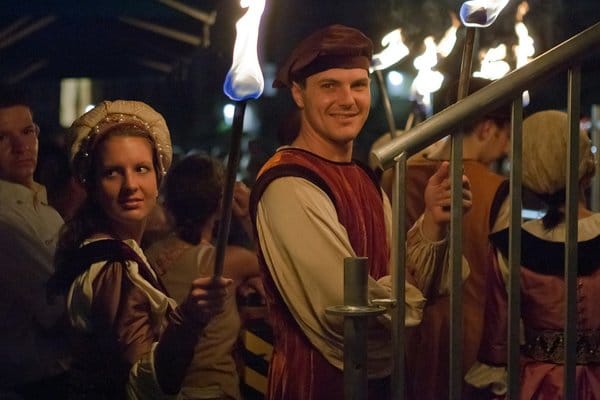 At our medieval feasts there are no additional venue costs, no set-up costs and no prop hiring fees. It’s all quite simple because we are embracing the medieval way after all, and based on a per person cost that factors in food, drinks, live entertainment and props or costumes, it’s a unique party option that’s hard to beat. Our sell-out 2013 season is testament to that.

The people have spoken and what they want is fun, theme, dinner, drinks with entertainment and transport included. There’s no risk of a boring night out or deafening awkward silences over the entrée here.

For excellent food, drinks and music our medieval feast is the perfect option for your next corporate or personal event. The popularity of our medieval theme saw it sell out in the 2013 Christmas season so don’t delay to book your team into this year’s event.

I’m sure in every corporate office there’s a fair maiden or king and queen just waiting to burst forth, so why not give them the opportunity to shine and let loose in the spirit of our medieval games.