By Mark Markovina
Posted June 8, 2017
In Weddings
Traditional wedding ceremonies from around the world2017-06-082017-09-19https://www.markovina.co.nz/wp-content/uploads/2017/05/markovina-logo.jpgMarkovina Vineyard Estatehttps://d1lger6vnu5u8d.cloudfront.net/indian_wedding.jpg200px200px

Having grown up and attended many weddings all through our lives, we’re all accustomed to our own culture’s traditional wedding ceremonies.

Different cultures of course have different traditions, some of which are fascinating, strange, romantic and ancient… sometimes all at once!

We’ve collected just a few of the many wonderful wedding traditions from around the globe, each one passed down from generation to generation.

Obviously, some of the following countries are huge, with different traditions in different regions, but as a general guide, you’ll find the following taking place on someone’s wedding day somewhere.

A wedding in China is usually a grand occasion with overly-elaborate formalities. The date of the wedding day is decided after a lengthy fortune-telling process to find a day that’s favourable to the Bride and Groom’s respective dates of birth.

Once a date is settled on, the day starts with the Groom and his groomsmen making their way to the Bride’s house, where he is confronted at the door by her loyal and defiant bridesmaids.

To be deemed “worthy” of marrying their friend, he would have to negotiate a price to pay them for entry, and with some good-natured haggling, eventually would be allowed in to the house for tea.

Traditional Chinese wedding customs have been around for thousands of years. They differ from region to region, and have changed over the years, but the one thing that stays the same is the importance of family and respect. 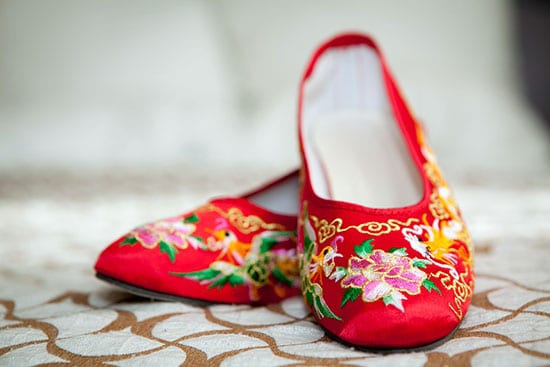 Mexico is a huge country, with each region celebrating its own customs and traditions.

As a general rule, weddings in Mexico are made up by a combination of traditional catholic ceremonies and native cultural elements, and can last for a couple of days.

A common theme throughout Mexico is the “wedding lazo”, which is a lasso made of flowers. The priest will wrap the lasso around the couple, symbolically joining them together forever.

The Money Dance is also a famous Mexican wedding tradition. Money is pinned to the bride as she circles her guests. Usually this is instead of a wedding gift, and is used for the newlyweds for a honeymoon or to go towards a new home.

Giving the Mexicans a run for their money, an Indian wedding traditionally lasts for three days.

Colourful, flamboyant and loud, an Indian wedding ceremony starts with the Groom arriving on a white horse, and escalates from there.

The night before the ceremony, the Bride will gather with her female family members and apply henna tattoos to their hands and arms. The names of both the bride and the groom are “hidden” in the artwork, and the groom is meant to find the names.

A key ritual performed is the mangal pherā, the walk around the fire. That’s when the couple walks around the fire four times. Each time represents a major goal in life: Dharma -morality; Artha – prosperity; Kama – personal gratification and Moksha -spirituality.

It’s common in many countries for the Groom not to see the Bride on their wedding day, but in some parts of Italy, it’s even unlucky for the Bride to see herself!

Avoiding mirrors is only part of the day, with the Bride expected to wear a garter in a tradition which goes back to the 14th Century. After the ceremony, the Groom would remove the garter and throw it to the crowd, who would tear it to pieces and keep a piece for good luck.

In some parts of Italy, the Groom is expected to walk the Bride from her parent’s house to the church, followed by the entire wedding party. In others, he’s expected to be waiting outside the church with a bouquet of flowers.

In Italy it is considered bad luck to get married on a Tuesday. The name Tuesday in Italian (Martedi) comes from the Roman God of War (Mars), and it is thought that a couple who marry on a Tuesday will spend the rest of their lives fighting.

Perhaps the most bizarre wedding tradition on this list comes from Germany.

The newlyweds must literally saw through a log, which is a symbol of the obstacles they will face in their marriage.

With one on each side of the saw, the happy couple must work together (and work up a sweat) to sever the chunk of wood, hopefully proving their strength as a couple. 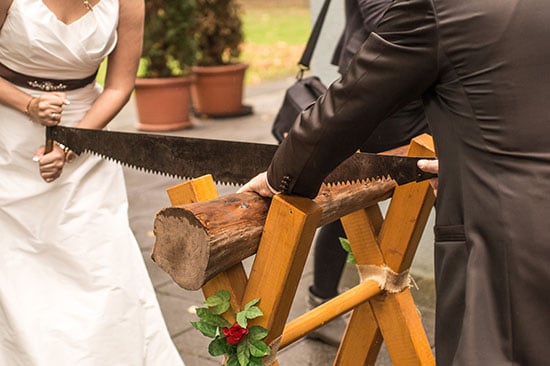 Start your own traditions with Markovina

All traditions began somewhere, so why not start one in your family with our help!

Markovina Vineyard Estate is one of Auckland’s finest venues for hosting large and small events designed to meet your needs, whatever they may be.

No matter what type of traditional wedding you are planning, we can help. We make every effort to understand your special customs and requests, and will make sure we manage all the requirements and special touches that you would like for your wedding day.

Indian weddings are a specialty of ours and we will ensure that everything is taken care of, to create an event that your guests will talk about in glowing terms for a long time to come.

We know there is a lot of variety in the different regions and religions throughout India and these are reflected in the choice of dress, food and the way weddings are celebrated.

Feel free to drop by for a look around at your leisure or give us call to discuss your next event.